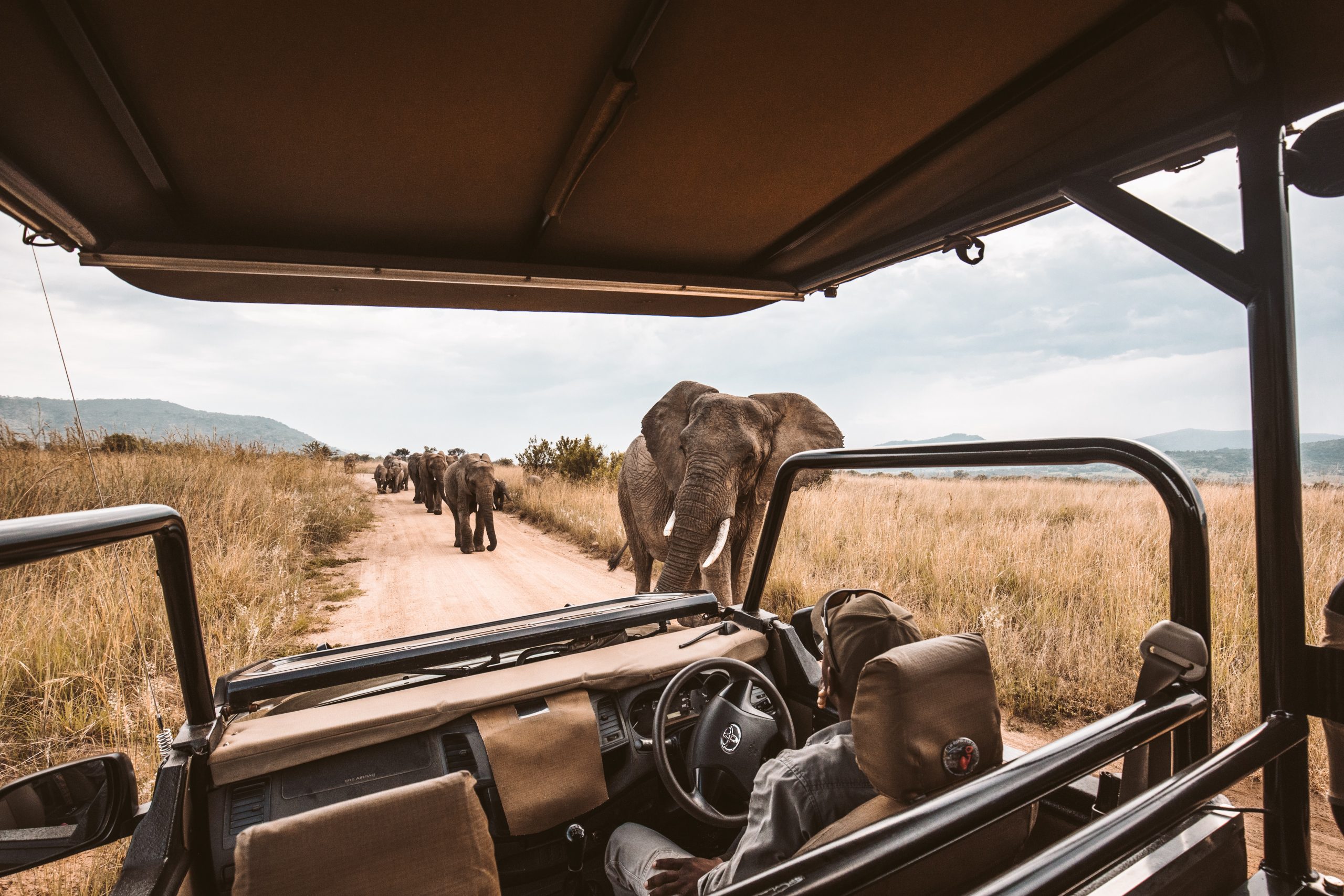 When people think about South Africa, images of the Drakensberg Mountains and wild safari animals often come to mind. And it’s no wonder why!

The country has some of the best safaris in the world, with over 300 different species of mammals living in its game reserves and national parks.

Whether you’re looking to learn more about the culture, see some of the rarest animals on earth, or just feel like you’ve stepped into an African National Geographic documentary, there are plenty of safaris in South Africa that will leave you feeling like you’ve reached the pinnacle of adventure travel.

Always remain in the truck, van, or 4WD: Africa is not a zoo, and the creatures there will eat you or otherwise harm you.
This advice is for adventurous tourists going on a walking or bicycle safari, which is one of the great joys of Africa.
Pay attention to your guide: Not all circumstances can be safe.

How safe are safaris in South Africa?

Safaris in Africa are secure. Most tourists who travel to Africa for a safari have a completely safe experience.

The risks you choose to take and whether you decide to heed wise counsel will determine how safe your African safari is. Unexpected events do, of course, occur everywhere at any moment, and safaris are no exception.

Here are the top 10 best safaris in South Africa.

This park is one of only a handful where you can drive right up to them. The scenery varies from bushveld to savannah to mountain woodland – all of which host over 400 species of birds! If you’re looking for an intimate experience with nature that combines relaxation with adventure, look no further than Addo Elephant National Park.

One of the largest wildlife reserves and popular in Africa is Kruger National Park, located in northeastern South Africa. The Big 5—lions, leopards, rhinos, buffalos, and elephants—as well as other wild creatures, are abundant there. Along with several bird species, including vultures, eagles, and storks, there are hundreds of other creatures that call this place home. This park includes mountains, shrub plains, and tropical woods.and much more.

It’s absolutely amazing. The night drive is wonderful. You will see lots of elephants, giraffes, impalas, hippos, and birds. You’ll likely see lions. With luck, you’ll find leopard and cheetah. There is a lot of driving, but it’s worth it when you see the beautiful views and animals.

This is a safari destination that can’t be missed. When you think of South Africa,

One of South Africa’s most underrated safari destinations, St. Lucia Wetlands is one of those magical places that you’ll never want to leave.

It offers an abundance of wildlife and stunning scenery, not to mention a great selection of accommodation options with all manner of game-viewing packages that will ensure you get even closer to nature than ever before.

Visitors can expect to see everything from eland, zebra and impala to crocodiles, hippos and elephants when they visit St. Lucia; it really is a safari experience unlike any other.

Cape Vidal Nature Reserve, which is located in Namibia and looks out over Bight of Biafra, is one of those sights that will be etched into your memory forever. This coastal reserve is home to one of largest populations of elephants in all of Africa, as well as a variety of other species including giraffes, zebras and springbok. You’ll also be able to view a number of birds while visiting Cape Vidal. The only way to see these magnificent creatures is by booking a safari from Cape Town or Windhoek; there are no accommodations or facilities here. If you want to visit one of the most beautiful reserves in all of southern Africa, Cape Vidal should definitely be on your bucket list!

Located just outside of Rustenburg, Madikwe Game Reserve is undoubtedly one of South Africa’s most famous safari destinations. Visitors to Madikwe are able to view incredible diversity of animal species, including all five Big Five. Accommodation is set up both within and around Timbavati Private Nature Reserve, which sits adjacent to Madikwe. Accommodation varies from luxurious treehouses to camping sites on private ranches; there are plenty of accommodation options for every budget. Activities such as guided game drives and boat cruises allow guests a greater opportunity to explore Madikwe’s wildlife-rich areas with expert guides on hand at all times. The recently upgraded swimming pool also allows you time off your feet after an action-packed day.

These dunes, which rise more than 300 feet high and stretch several miles across, are what make Sossusvlei such a unique safari spot. Also called Namib Desert’s dead vlei or endless marshlands because it appears as though no water can survive here – and yet there is life all around – these dunes are most impressive during sunset, when their reddish-orange color contrasts brilliantly with their surroundings. The Sossusvlei Dune Lodge is located within walking distance of many different viewpoints over these formations. Most popular at sunrise and sunset; it will cost you more to go here at night (reserve ahead).

Kgalagadi is easily one of South Africa’s most underrated safari destinations, and for many visitors, it might be their favorite. Kgalagadi offers big game views at a fraction of what you’d pay to see similar creatures on other African safari vacations. Animals like lions, leopards, rhinos, and elephants are all here; it’s also home to rare antelope such as roan and sable that can only be found in Botswana. Plus there are plenty of chances for bargain sightings—like cheetahs or wild dogs—that will cost you little more than a reasonable guide fee.

Considered one of South Africa’s lesser-known safari destinations, Pilanesberg’s natural wonders are part of what make it so special. Known as a bushveld paradise by many travelers, Pilanesberg is particularly popular with those looking for a unique off-the-beaten path experience. In addition to its lush landscape and exquisite views, Pilanesberg has plenty to offer wildlife enthusiasts, too. Visitors can look forward to spotting some rare species—there are more than 200 different bird species that call Pilanesberg home! The park also boasts large populations of big game like kudu and zebra.

Golden Gate Highlands National Park is known for its rugged cliffs, ancient baobab trees and beautiful panoramic views. The area is also home to a variety of animals, including large antelope species such as eland, kudu and impala. Visitors can take part in hiking trails or ride on horseback to explore its dramatic terrain. In addition, there are various campsites throughout the park where visitors can stay for a night or longer to get a true wilderness experience. #8 – Pilanesberg National Park: Located west of Pretoria in North West Province, Pilanesberg was proclaimed by then-president Nelson Mandela and officially opened in 2002 as South Africa’s first world heritage site that encompasses both natural and cultural sites.

Mabura Private Game Reserve is a safari destination near Hoedspruit, not far from Kruger National Park. The variety of game on offer at Mabura guarantees you’ll have an experience you won’t forget. A fun fact about Mabura? One of their rhinos is a viral sensation thanks to his love of bubble-blowing and obvious talent for it! There are seven different species of game on offer at Mabura and plenty more besides: giraffes, white rhinos, cheetahs, leopards and so much more. 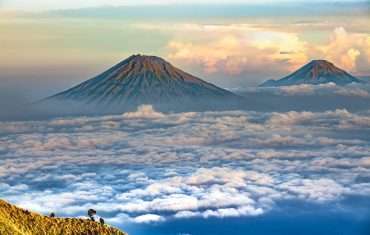 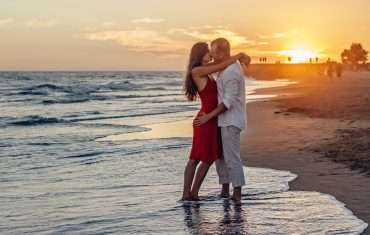 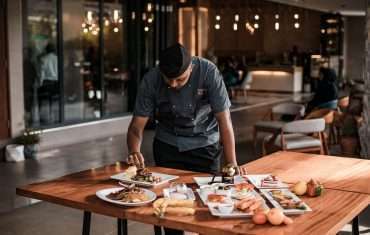 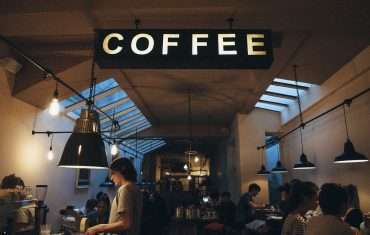 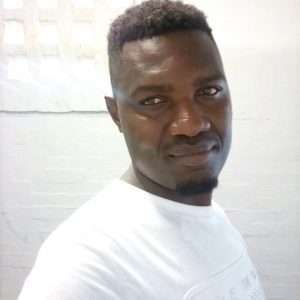