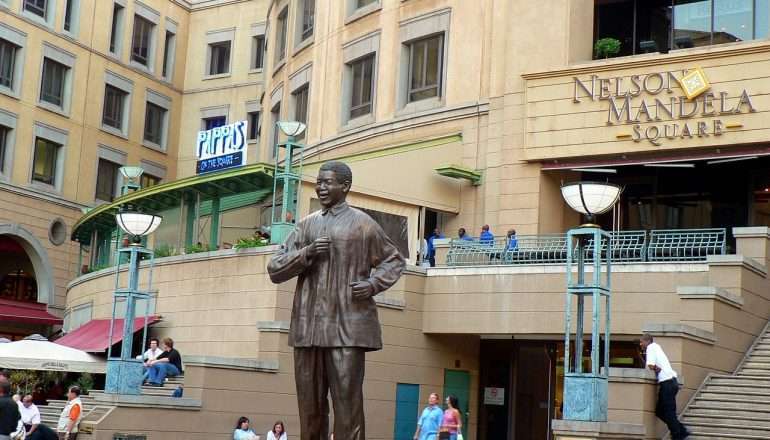 From its stunning natural beauty to its rich and diverse culture, South Africa is a country full of captivating attractions and interesting facts. It’s no wonder why so many people are drawn to this incredible country.

In this blog post, we’re going to explore the amazing facts about South Africa that you might not know. From its vibrant wildlife to its unique history, these facts will give you a whole new appreciation for South Africa and its many wonders. So, let’s get started!

1) South Africa is the size of France and Spain combined.

The terrain varies from grassy plains to desert sand dunes to high mountains and lush forests. Along with its varied landscape come different climates, ranging from hot, dry summers to cold winters in the highlands. No matter where you go in South Africa, you’ll find something new and exciting to explore. For example, the province of Gauteng has some of the most unique wildlife on the continent. Visitors can spot lions, elephants, rhinoceroses, buffalo, and many other species living together in harmony.

Visitors can also take part in activities like bird watching or game viewing on guided safari tours through game reserves like Kruger National Park. In addition to its diverse wildlife, Gauteng is home to some of South Africa’s most impressive cities, including Johannesburg, Pretoria, and Soweto Township in South Africa . These cities offer shopping malls, cultural attractions, and a nightlife that can rival any other city in the world.

The three capitals are spread out across the country and each has its own distinct character. Pretoria is known for its grand colonial-style architecture, lush gardens and historical monuments. Cape Town has been dubbed the “Mother City” due to its vibrant culture and bustling harbour. Bloemfontein has a more relaxed atmosphere with its beautiful parks and markets. Each capital city serves a vital role in South African society and together they form the backbone of the country’s government.

English is the main language spoken throughout South Africa, while the other official languages are mostly spoken by particular ethnic groups in the country. Although these languages differ in pronunciation and grammar, they all contain common African linguistic elements and feature similar structures.

In addition to the 11 official languages, South Africa also recognizes several minority languages. These include Khoisan,  Sign Language, and Fanagalo. While they are not officially recognized by the government, they are still widely spoken in certain areas of the country.

All the official languages of South Africa are used in government institutions, the media, and other aspects of everyday life. This allows for better communication between different people from different cultures, making South Africa a truly multilingual nation.

4) The Big Five game animals are found in South Africa.

South Africa is home to an amazing array of wildlife, including the “Big Five”—lion, elephant, buffalo, rhino, and leopard. The Big Five animals are some of the most iconic wildlife species in the world, and seeing them in their natural habitat is a truly amazing experience.

The Big Five were first used to describe African game hunting trophies by European hunters in the 19th century. Today, these five animals are revered for their size and strength, and they are considered a symbol of the beauty of South Africa’s wild spaces.

The Big Five animals can be found in many of South Africa’s national parks, including Kruger National Park, Kgalagadi Transfrontier Park, Hluhluwe-iMfolozi Park, and Addo Elephant National Park. Visitors to these parks can enjoy incredible safari experiences as they spot these majestic creatures in their natural environment.

The presence of these animals is also a testament to the successful conservation efforts that have taken place in South Africa over the years. Through careful protection of habitat and other measures, the Big Five species have been able to thrive in South Africa and provide visitors with the opportunity to view them in their natural habitat.

5) Table Mountain is one of the Seven Wonders of the World.

Table Mountain, located in South Africa’s Western Cape Province, is an iconic landmark known for its natural beauty and unique flat-topped peak. The mountain rises 1,085 meters (3,563 feet) above sea level and is one of the country’s top tourist attractions.

It was first named by the Portuguese in 1503 and was officially declared one of the Seven Wonders of the Natural World in 2011.

Table Mountain is home to a wide variety of plants, birds, and wildlife. It has spectacular views from the top, which can be accessed by cable car or by foot via the many hiking trails on the mountain.

Table Mountain National Park, which covers 88 square kilometers (34 square miles) around Table Mountain, includes the rocky outcrops known as the Twelve Apostles, Signal Hill, and Lion’s Head. It also includes many nature reserves and offers beautiful views of Cape Town and the Atlantic Ocean. Table Mountain is an important part of South African heritage and culture and it continues to attract thousands of tourists each year.

The South African wine route is the longest of its kind in the world, stretching from the Cape Town area all the way up the Western and Eastern Capes, through the Free State and Gauteng Provinces. This route gives visitors a comprehensive overview of the country’s diverse climate, soil types and vineyards, offering an amazing insight into South African wine making and viticulture.

The route has a total of twelve wine routes, each with its own charm and appeal. Wine tasting and cellar tours are popular activities on this route, as are visits to wineries, nature reserves and historic sites. The Cape Wine lands are particularly renowned for their stunning scenery, with vineyards stretching out over rolling hills and mountain peaks in the backdrop.

With over 1000 wineries located along the route, travelers can spend weeks discovering all that South African wine has to offer. From iconic local producers such as Simonsig and De Trafford to newer names like Keermont and Van Loggerenberg, there is something for everyone. Along the way, you can sample different varietals, ranging from pinot noir to cabernet sauvignon and chardonnay, or explore some of South Africa’s most famous fortified wines like port and sherry.

Whether you are looking for a relaxing day of wine tasting or an immersive winery experience, the South African wine route has something for everyone. With its beautiful scenery, delicious wines and unique culture, the world’s longest wine route is definitely worth exploring.

7) The world’s largest diamond was found in South Africa

In 1905, a 3,106-carat diamond was discovered at the Premier Mine in South Africa. The diamond was named the Cullinan after the mine’s chairman, Thomas Cullinan. It was cut into nine large stones and 96 smaller ones. The largest of these stones, the Great Star of Africa, is mounted in the crown of Britain’s King Edward VII.

The second largest of these stones, the Lesser Star of Africa, is mounted in the royal scepter of the same king. Together, these two pieces account for a total weight of 317.40 carats. They are both set with diamonds and precious gems.

The remaining seven major stones and 96 small ones are held in trust by the government of South Africa, where they form a part of the Crown Jewels. The Cullinan Diamond is considered one of the most famous diamonds in the world, and its discovery marked a turning point in the diamond industry in South Africa.and interesting facts about south africa,

The 2010 FIFA World Cup, held in South Africa from June 11 to July 11, 2010, was the first ever World Cup hosted by an African nation. It was also the first time since Germany’s victory in the 2006 tournament that a non-European nation had been selected as a host country.

South Africa was chosen by FIFA as the host nation after winning a close vote against Morocco in 2004. The tournament was seen as a great opportunity for the country to promote itself to the world and to build its reputation as an attractive destination for international investment.

The tournament began with the opening ceremony at Soccer City Stadium in Johannesburg on June 11th, with host country South Africa taking on Mexico in the opening game. There were 32 teams competing, divided into 8 groups of 4, with the winner of each group progressing to the knockout stages.

During the month-long tournament, South Africa was able to show off its hospitality, culture, and infrastructure as visitors from all over the world were able to experience the country for themselves. The 2010 World Cup also showcased some of South Africa’s most iconic sites, including Table Mountain in Cape Town, Robben Island in Cape Town, and Sun City in Gauteng Province.

The final game between Spain and the Netherlands was held on July 11th, with Spain emerging as the champions. South Africa received praise for its organization of the tournament and its success in promoting itself as a friendly and welcoming country. The tournament was a great success for South Africa, as it showed that the country could successfully host major international sporting events.

In 2006, the South African Parliament passed a landmark law that allowed same-sex marriage. This made South Africa the fifth country in the world to legalize such unions. This was a major step forward for the LGBT+ community in South Africa, who previously had no legal protection.

Today, same-sex couples can legally marry in South Africa, with all the rights and privileges afforded to heterosexual couples. They can also apply to adopt children and are protected from discrimination under the Constitution of South Africa.

Despite this progress, there is still work to be done to ensure the rights of LGBT+ people in South Africa are fully respected. In recent years, there have been a number of homophobic attacks and instances of discrimination, highlighting the fact that some sections of society are still not fully accepting of same-sex couples.

The South African government has taken steps to protect LGBT+ rights, including the establishment of a ministerial task team on LGBT+ matters and the introduction of anti-discrimination legislation. However, more needs to be done to ensure that everyone in South Africa is treated equally, regardless of sexual orientation.one of interesting facts about south Africa,

Bungee Jumping is a type of extreme sport where participants jump from a high platform or structure while connected to a large elastic cord. The cord ensures that the jumper bounces back up after reaching the end of its arc. It’s an exhilarating experience that’s become a favorite among thrill-seekers.

In South Africa, there are several places to go Bungee Jumping, including Bloukrans Bridge, Hartbeespoort Dam, and The Waterfall Boven, which is located near Pretoria. Bloukrans Bridge is the world’s highest commercial Bungee Jump, located 216 meters (708 feet) above the Bloukrans River. The Waterfall Boven is also quite popular, offering jumps over a stunning waterfall that reaches heights of up to 80 meters (262 feet).

Safety is always a priority for Bungee Jumping in South Africa, and all operators are required to adhere to strict safety standards set by governing bodies such as the SABS (South African Bureau of Standards). Experienced instructors are always on hand to help participants get ready for the jump, providing tips and tricks to ensure the jump is safe and enjoyable.

If you’re looking for an unforgettable experience that will give you an adrenaline rush like no other, then head to South Africa and try out some Bungee Jumping! one of the interesting facts about south Africa,

Whether you’re looking for a peaceful escape or an action-packed adventure, South Africa has something for everyone. CHECK THIS YOU MAY LIKE 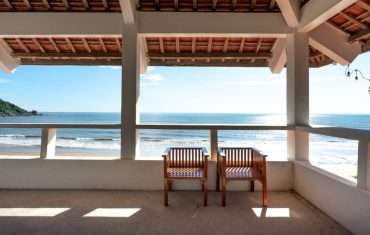 The 10 best places to stay in Durban, South Africa 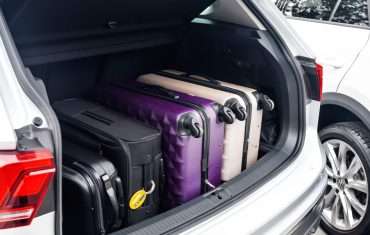 The Most Important Things to Pack When Traveling to South Africa 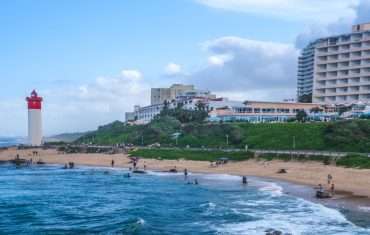 Things To Do In Durban- Our Top 15 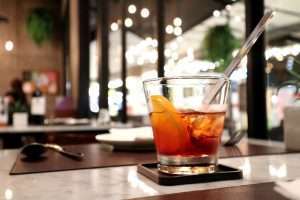